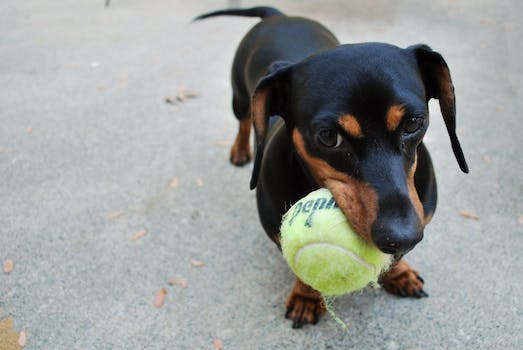 Venus Williams's tennis game has gone to the dogs.

For years, man’s best friend has been oppressed by the world of professional tennis. Our canine companions have been forced to not only sit, but stay like the good boys and girls they are, while fumbling humans trip over their long, clumsy limbs as they scurry to retrieve stray balls on the court.

But no longer. No longer! The world of professional tennis has finally taken a note out of the Puppy Bowl playbook by introducing dogs on the court. That’s right, organizers of the ASB Classic in Auckland, New Zealand, hired three of the most natural ballboys to play fetch for superstar athletes Venus Williams and Svetlana Kuznetsova.

Meet Oscar, Ted, and Supper Teddy. The bull mastiff, border collie, and Jack Russell donned sweatbands and got ready to retrieve like they never had before.

While things might have been a little more slobbery than usual, I think the ball boys’ general adorableness more than makes up for it.

Photo via ashtynrenee/Flickr (CC BY 2.0)