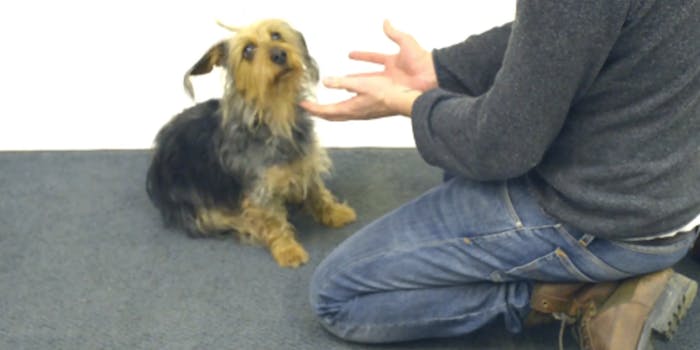 Magic is real, but these dogs might not know it.

Jose Ahonen is a Finnish “mentalist” and magician known for his intimate work with audiences. But he recently turned his talents to another audience, in an attempt to answer the eternal question: Do dogs react to magic?

The answer is yes, sort of, in the way that dogs react to the old pretend-to-throw-the-ball trick. Still, watching dogs react to the same magic trick—the mysterious case of the disappearing treat—is worth it solely to see the twinge of canine confusion in their eyes, because confused dog face is one of the best dog faces.

That one dog that barks at Ahonen after the treat disappears: That dog clearly sees through his ruse.