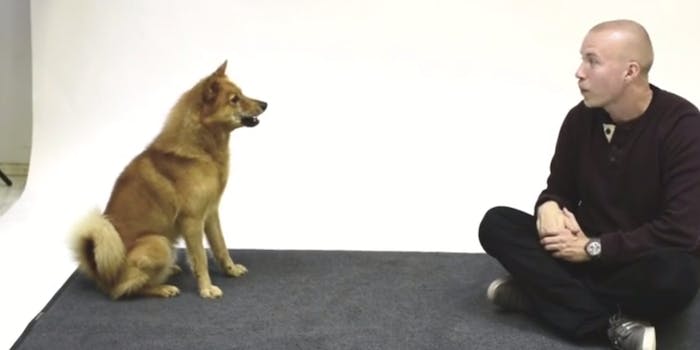 Watch these very confused dogs react to a barking human

People have been known to woof or meow at their pets in hopes of breaking down the interspecies language barrier. Sadly, we always seem to be talking at cross purposes.

Even when you bring in a skilled voice actor like Rudi Rok to mimic your furry friend, there’s something lost in translation. The dogs here do bark back at (or along with) him, but as if to ask what the hell is going on, and where that other dog is.

If you can’t get enough of those puzzled pooches, mentalist Jose Ahonen hit the viral jackpot earlier this year with sleight-of-hand videos featuring some of the same furrowed faces. The only thing better would be watching them try to fill out a tax return.