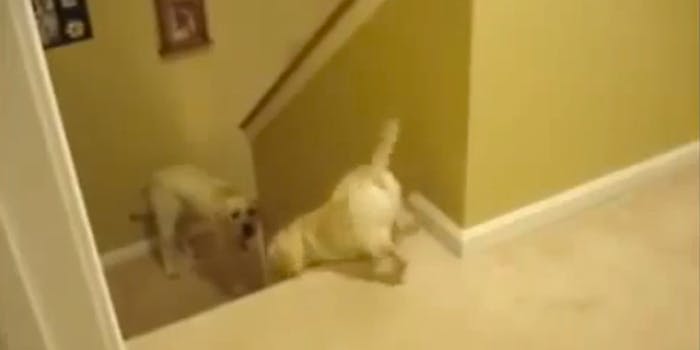 The difference between cats and dogs summed up in one video

Needless to say, the cat takes a slightly more direct approach to education.

If you weren’t aware of just how different cats and dogs are, look no further than how they teach their children to tackle the stairs.

For the dog, it’s nothing but patience as its puppy tackles the daunting task. There’s some coaxing and playfulness involved, but after some nodding and encouragement, it’s ultimately a victory for parent and child.

But when it comes to the cat and its parenting skills, things play out a little differently.

Any doubt that a cat’s reputation for being a total jerk disappears once its direct approach to the stairs is put on display.