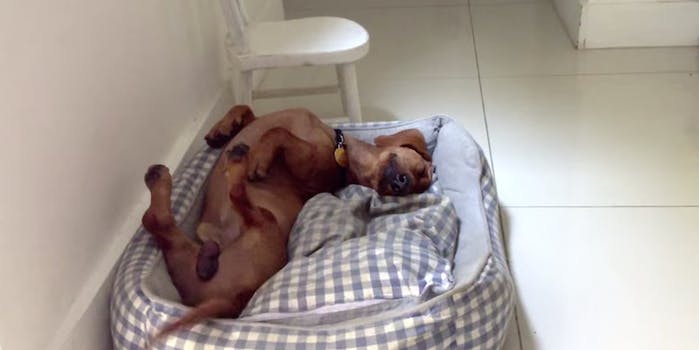 That is one cheerful dog, even in dreamland.

Adoption can do wonders for your pets.

Case in point is Frank, who was in terrible shape for the first six months of his life. He lived in closed quarters, never had any vaccinations, and may have gone deaf from an untreated infection. When Rafael Borges adopted him, he was afraid of almost everything.

In just a year, Frank’s situation vastly improved and he’s not afraid of everything as he used to be. Borges said that Frank didn’t wave his tail when he first adopted him, but last year, when the video was recorded, was a completely different story.

That is one happy dog.