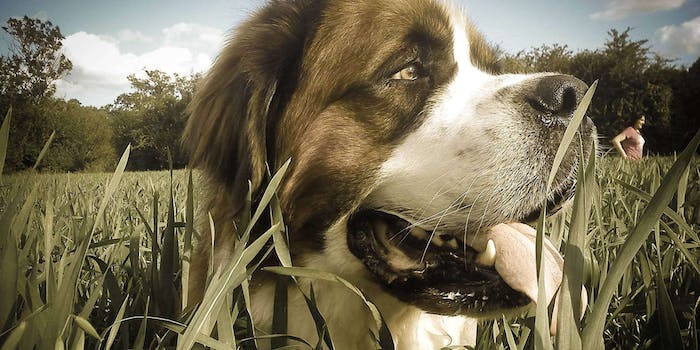 St. Bernard takes boy out for a walk

The headline on the video below says it all. It’s a St. Bernard taking his owner for a walk. But sometimes a video is so ridiculous that it makes you laugh even though you know exactly what’s coming.

Therefore, here’s a dog walking (or better yet, dragging) this helpless boy across the street.

I’ve watched the video, like, six times, and it never fails to make me chuckle. I can’t figure out what the guy on the far right side of the road is doing and if he’s somehow calling the dog across the street, but either way, props to the boy who’s being dragged along the asphalt into the path of a speeding car. As he’s well aware, sometimes making somebody laugh is worth a life-taking risk.