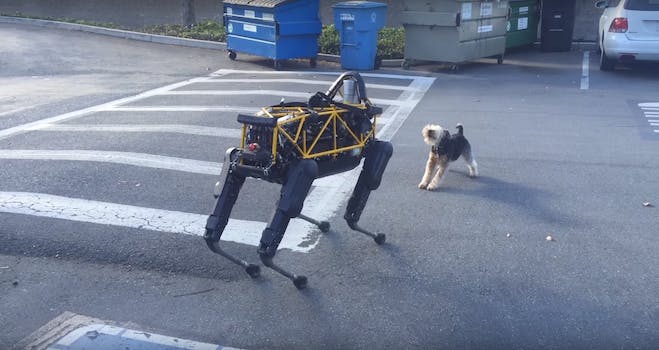 They're certainly not on the path to friendship.

We may be screwed when our evil robot overlords finally rise up, but at least we know there will be one last stand before that day comes.

Steve Jurvetson owns a Boston Dynamics quadruped robot he calls Spot—the only one in civilian hands—and he recently took it out for a walk. Except his dog Fido wasn’t so thrilled with having to share the outside world with a robot—and he showed it. Constantly.

Fido may have won this round, but Spot will remember this day when it becomes self-aware.