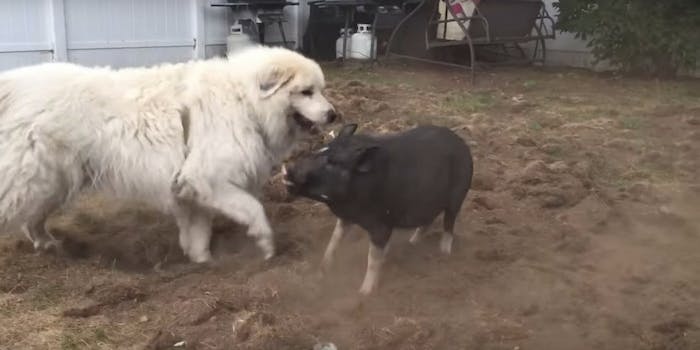 Who will be the ultimate victor?

The video below makes it look like Griffin threw the first paw. And while Bacon only tries to defend himself, he eventually gets so fed up with Griffin’s attacks that he goes on the offense. The Great Pyrenees might have the size advantage over the piggy, but the snouted champion knows how to take down a pesky hound.

And there goes Griffin, off to lick his paws in defeat.