It is a truth universally acknowledged that a dog sitting in an automobile must want to stick its head out of the window. But for some dogs, even that’s not enough. Some want to throw caution to the wind and lose themselves in the giddy thrill of air whipping past their face.

And that’s where leaf blowers come in.

Dogs enjoying leaf blowers is a surprisingly common YouTube phenomenon: a quick search turns up dozens of results. In almost all the videos, the dogs seem to be absolutely loving life, but none are more impressive—or terrifying—than the small dog Jersey in this video uploaded by YouTuber moop.

With one blast of pressurized air, Jersey is transformed from a yapping lap dog into something truly otherworldly.

But where have we seen this before? 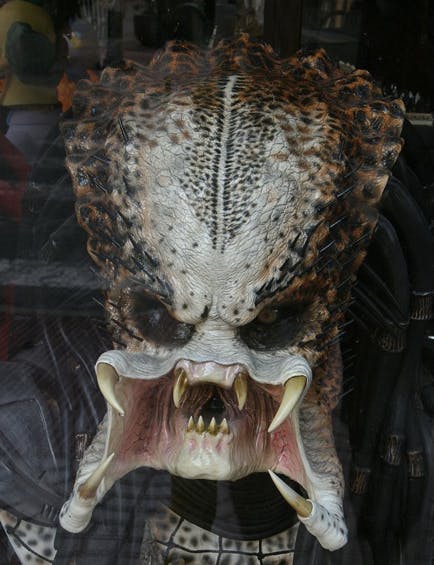