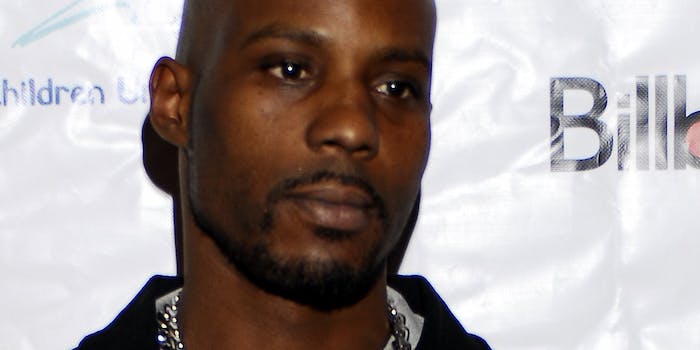 Here’s what happens when DMX crashes your wedding party

DMX regaled the bus with an impassioned rendition of his 2002 hit “X Gon’ Give It to Ya.”

Take the film Wedding Crashers, kill the entire cast, replace Owen Wilson and Vince Vaughn with DMX, and here you have the best wedding video ever uploaded to YouTube. DMX hopped on a wedding-party bus in NYC and regaled the guests with an impassioned, a cappella rendition of his 2002 hit “X Gon’ Give It to Ya.”

Only in New York.