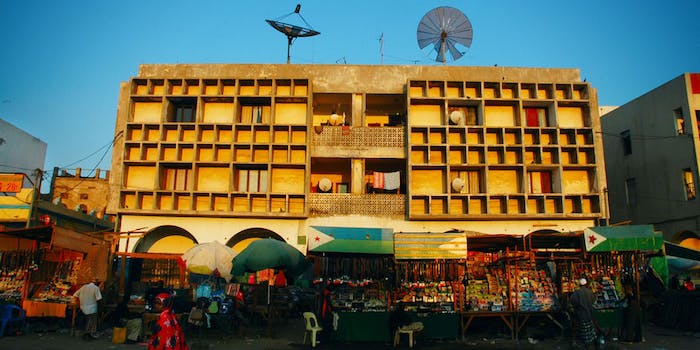 Webmaster in Djibouti arrested for uploading police photos to Facebook

The alleged crime seems off-kilter as well. He’s facing a court date to defend himself against charges of “insulting a police officer.”

Two weeks ago, the webmaster of a news website in Djibouti was arrested for posting photos on his Facebook page of police brutality at an opposition rally.

Maydaneh Abdallah Okieh, who works for La Voix de Djibouti, uploaded the pictures to his personal Facebook page, not his publication’s. His arrest didn’t seem to occur while he was doing his job, but when appearing before the judge on May 21, he identified himself as a journalist and opposition activist.

The alleged crime seems off-kilter as well. He’s facing a court date to defend himself against charges of “insulting a police officer.”

The police officer in question is Elmi Daher Miguil, also known as Elmi Gess, who supervises the Balbala, a suburb of the capital. It is unclear what role Miguil played, though presumably he was involved in the actions at the rally.

Maydaneh was held in Djibouti police custody for four days before being transferred to Gabode prison.

After his transfer to Gabode, his publication posted a story on his treatment by the authorities (translation by RSF).

We have learned that Maydaneh Abdallah Okieh was the victim of violence during his detention at the police criminal brigade. Maydaneh was subject to inhuman and degrading treatment of an extreme and savage nature for 48 hours.