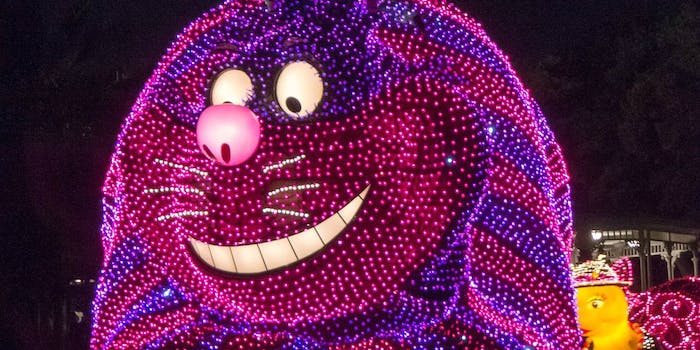 Disney accidentally insulted Japan on the anniversary of the Nagasaki bombing

Someone really should have told Disney to check their calendar before wishing Japan an "unspecial" day.

Disney couldn’t have picked a worse day to accidentally wish all of Japan an “un-special” day.

The social-media team behind the company’s Japanese Twitter account decided to send Alice in Wonderland fans a shout-out on Sunday with a line from the famous story, but it backfired, with horrible timing.

Hahahaha Disney Japan posted and took this shit down yesterday 😂 it says "Congrats on a trifling day" pic.twitter.com/X8ThpaN7Qy

Aug. 9 was the 70th anniversary of the atomic bombing of Nagasaki, which killed 74,000 people and led to Imperial Japan’s surrender in World War II.

In Japanese, the famous Alice in Wonderland phrase “a very merry unbirthday to you!” translates as “congratulations for a no special day.”

Disney quickly deleted its tweet and issued a thorough apology, promising to be more conscientious in the future about its Twitter usage. Still, Japanese fans were baffled as to why Disney would want to send any such message on Aug. 9.

Yet as Kotaku pointed out, yesterday’s faux pas wasn’t Disney’s first incongruous tweet on a day of national remembrance. Just last week, it tweeted a cheery picture of Olaf the snowman from Frozen with a wish for “summer sympathy”—on the 70th anniversary of the bombing of Hiroshima.

Perhaps Disney should take to heart the number one rule of Twitter—never tweet—at least until its social media people get a refresher course in Japanese history.