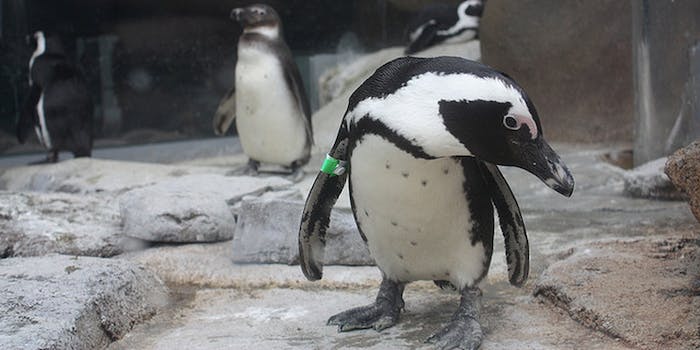 The Discovery Channel just owned the Pittsburgh Penguins on Twitter

Do not make any jokes about penguins (real or otherwise) to the Discovery Channel.

The season for the Pittsburgh Penguins has been finished for a few weeks now after they got dominated by the New York Rangers in the first round of the Stanley Cup playoffs. It was Pittsburgh’s earliest playoff exit since 2007 and a big disappointment for a team that began the season on a strong 16-5-2 tear, so forgive Penguins fans if they’re extra sensitive as the NHL postseason continues along without them.

Turns out, the Discovery Channel—or whomever runs its Twitter account—doesn’t have much sympathy for Pittsburgh’s plight. And the channel got off a pretty good burn.

It all started off innocently enough.

Then, the Penguins’ social media guy—obviously without any Pittsburgh hockey to watch—retorted.

Pretty funny, right? Nothing harmful there, just a humorous aside. Then, Discovery dropped the bomb.

@penguins Strange. Our latest observations show no Penguin activity currently on ice in Pittsburgh. Where did they go?

The moral of the story: don’t get into a Twitter battle with the people who know just about all there is to know about the mascot of your favorite team. Especially if that team has already been bounced out of the playoffs.