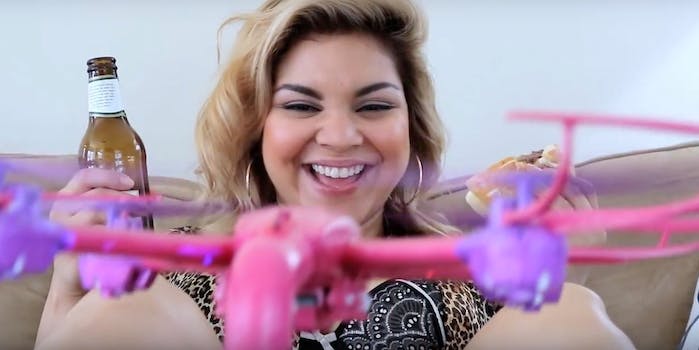 Just watch out for the propellers.

Krivicka took some time off from creating dildo-related technology to answer some questions for Daily Dot. Here’s what he had to say:

I hope this isn’t a real fascination, or I’m just in denial. Putting sex/nudity together with a tech/gadget is a surprising context. The first viral video that I have ever created was called “Nude It.” It was a demo for a fictitious iPhone app that lets the user see people naked. Till today I am getting requests for this app. They come mainly from middle eastern countries.

Do you find that people ever expect these products to be real? Do you ever get, like, disappointed emails?

Where do you find the actresses for your videos?

Are you involved in any non-dildo related projects?