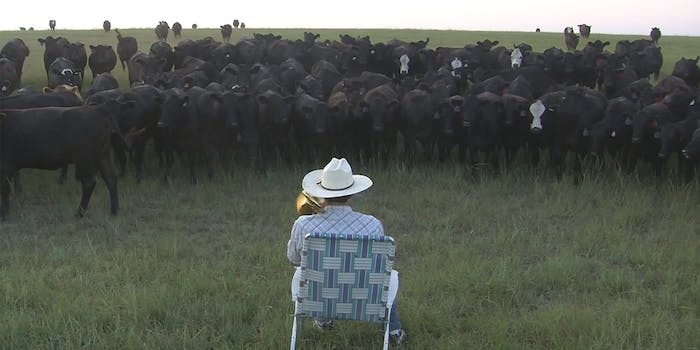 It's moosic to their ears.

Farmer Derek Klingenberg is YouTube’s most prolific (and perhaps only) farmer and parody artist, known for turning songs likes “Let It Go” and “Happy” into farm-centric viral fodder. He’s sort of the country version of Weird Al, and he’s found a unique way to call his cows home.

In his most recent video, he serenades his cows, as one does, with a trombone version of Lorde’s “Royals,” which, coincidentally, was also recently covered by Weird Al.

Are these cows excited about the Mockingjay soundtrack? We knew they liked free jazz, but perhaps their tastes are getting more mainstream. Would pay money to see Lorde perform for cows.