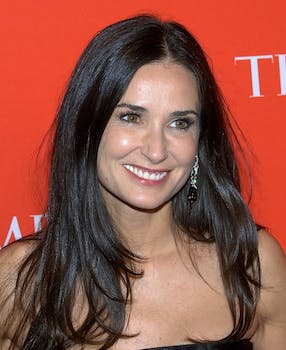 Changing your Twitter handle is supposed to be an easy five-step process. So why is Demi Moore still posting as @mrskutcher?

Demi Moore may no longer be legally associated with her ex-husband, Ashton Kutcher, but her Twitter handle is.

Moore returned to Twitter, under @mrskutcher, on Thanksgiving. It was her first tweet since their Nov. 17 divorce.

“Why do we have only 1 day for giving thanks? Is that why so many people feel unappreciated? Make this 1 of 365 days of Thanksgiving!,” the Hollywood star tweeted.

But isn’t it kind of awkward to still be tweeting under your ex’s surname?

We reached out to Rachael Horwitz, a Twitter spokeswoman, on how to change your name who pointed us to these directions.

If it’s as easy as those five steps appear to be, why hasn’t the actress switched to @DemiMoore? The account appears to be available (though the link is “suspended”).