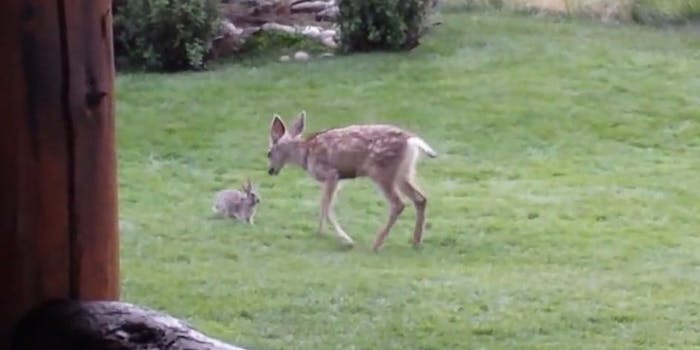 Forget birds of a feather: Two woodland critters are bringing a Disney classic to life with their unlikely friendship.

Steve and Vicky Johnsen spotted the surreal scene not far from them: a deer and rabbit engaged in full-on cross-species play. The two animals bound around happily with each other, their optimistic gymnastics proof of an understanding that neither one is a threat to the other’s well-being.

The Johnsens sent footage of the scene to Colorado NBC affiliate KOAA News, which shared the impossibly happy video on its Facebook page. It no doubt calls to mind a real-life Bambi and Thumper, and indeed, that’s what the viral animal stars have been nicknamed by the Facebook commenters. 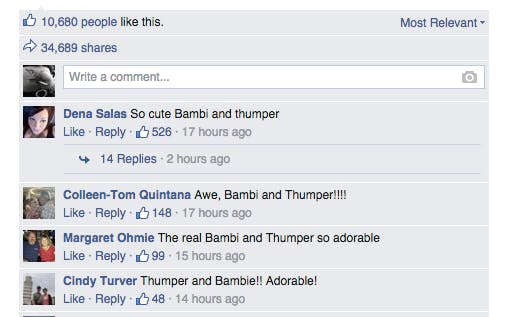 Hopefully this version of Bambi is less traumatic for kids—and the deer.