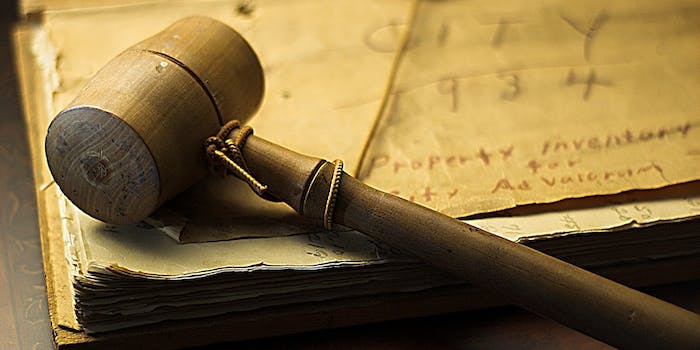 No means no—but so does silence.

Like all laws, the legal definitions of crimes have changed throughout history in response to social, cultural, scientific, and political forces. Sexual assault especially is a crime that depends on social consensus for its definition. After all, while killing another person isn’t always considered “murder,” most of us at least agree on what it means to kill a person. Not so with sexual assault.

Feminist activists have been fighting for decades to expand and improve that definition, from including marital rape to deemphasizing vaginal penetration as a criterion. (Yes, people without vaginas can be raped.) They have also urged state legislatures to rewrite laws so that rape does not have to be “forceful” to count. After all, what matters isn’t whether or not force was used, but whether or not consent was given.

Yale law professor Jed Rubenfeld, however, wants definitions of rape to re-emphasize force. The reason, he claims, is that using consent (or lack thereof) as the basis upon which rape is defined leaves room for all sorts of ethical quandaries.

For instance, if someone falsifies their identity in some way to convince someone to have sex with them, then that person did not technically give informed consent, and could consider the act rape even though they appeared to fully consent to it. If we criminalize non-consensual sex, how could we not also criminalize sex under false pretenses?

Rubenfeld does include the caveat that the definition of force should be broadened. He says, “I’m in favor of an expanded force requirement, an understanding that sees force in threats, in drugging, in physical restraint (holding the victim down, locking the victim up), and so on.”

But even then, many (if not most) sexual assaults do not involve any of these things. Nor should they have to in order to be considered sexual assault.

First of all, other crimes do not require force to count as crimes. If you steal from someone without ever threatening them in any way, you’ve still stolen from them. They’re not presumed to have willingly given you the item that you stole simply because they didn’t resist and no force was used. A key accidentally left in the ignition of a car does not mean that taking the car would no longer be considered theft. If a doctor performs an operation on a patient without having obtained the patient’s informed consent (which is more than a simple “yes”), the doctor can be sued for battery even if they never physically forced the patient to have the operation.

But these analogies are not adequate to describe the psychology of a crime like sexual assault, which is not at all like having a possession stolen, and not very much like being physically assaulted, either.

Many rape survivors report having “frozen up” at the moment they were assaulted. They were unable to fight back or sometimes even to say “no.” Psychologists refer to this as “tonic immobility” and find that it is fairly common. In one study, the majority of survivors (60 percent) reported experiencing some amount of immobility during their assault. The amount varies: some experience more paralysis than others. The researchers suggest that these responses are similar to ones that non-human animals experience during trauma and that they may be instinctual.

Studies also find that survivors who experienced tonic immobility are especially likely to blame themselves for the sexual assault: a view that, unfortunately, has often been reflected in the way our society treats survivors. Despite the fact that tonic immobility is fairly common, laws regarding rape historically required that the victim fight back in order for the rape to “count.” Otherwise, the victim was presumed to have “wanted it.”

While these laws have mostly been reformed, suggestions that force be included as a criterion in definitions of sexual assault is troubling because the research on tonic immobility shows that force is often unnecessary. There’s no need to threaten or physically restrain someone who is incapable of fighting back.

Stipulating that sexual assault must involve the use of force also sets a dangerous precedent for dealing with survivors who are disabled. People with intellectual and developmental disabilities are extremely susceptible to sexual assault, often by authority figures such as caregivers. Research suggests that the majority of people with such disabilities experience sexual abuse and assault, often multiple times throughout their lives.

While the procedures used to determine whether or not a given person with a disability is cognitively capable of giving consent are far from perfect, reintroducing force as the defining feature of sexual assault means that people who may not understand what’s happening to them may be legally considered to have had consensual sex.

Rubenfeld accurately notes that consent is not a perfect standard. Besides his false identity example, there are other issues with it: it is difficult to draw the line between consent that is freely given and consent that is subtly pressured or coerced; it’s unclear what happens if someone gives consent, changes their mind, but isn’t able to speak up (perhaps because of tonic immobility); and nobody really seems to know what to do when two people have sex with each other and neither is capable of giving consent (for instance, because they are both intoxicated).

But consent is the best way to define sexual assault that we have come up with so far, and there have been many previous attempts. The solution is to keep refining and improving this concept rather than regressing to antiquated ideas about sexual assault, such as the idea that it must necessarily involve force.