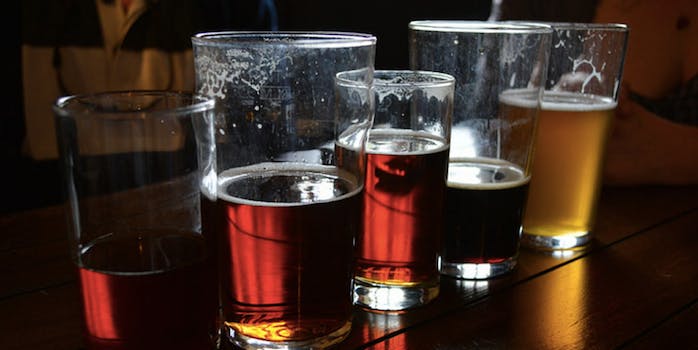 Is this ‘professional’ beer chugger the most obnoxious bro on Snapchat?

If you see this guy at the bar, run.

Is it possible to be a “professional” beer chugger? If so, David “The Gug”—best known for his viral video Hooters Kiss, as seen on MTV’s Ridiculousness and TruTV’s Top 20 Funniest—wants to be one. Gug has taken his chugging talents to Snapchat as davidthegug in pursuit of viral fame, and he truly is a king of… something.

Every Monday, King Gug can be seen making social media history by chugging pints of beer in seconds, beating all chug challengers, and screaming in unlucky onlookers’ faces. Sporting a Burger King crown to match the mentality of the brain beneath, he even chugs in front of his visibly heartbroken, disappointed mother.

If Snapchat isn’t your thing, you can also witness this horror on Gug’s YouTube channel, GugNation. The King chugs everywhere—even from dog bowls. Amazingly unashamed, he also seems to be driving after chugging, as his royalty needn’t abide by the common law. Which will happen first: the DUI, or the backlash for his more disturbingly sexist and homophobic and feats? Not sure we’ll stick around to find out.