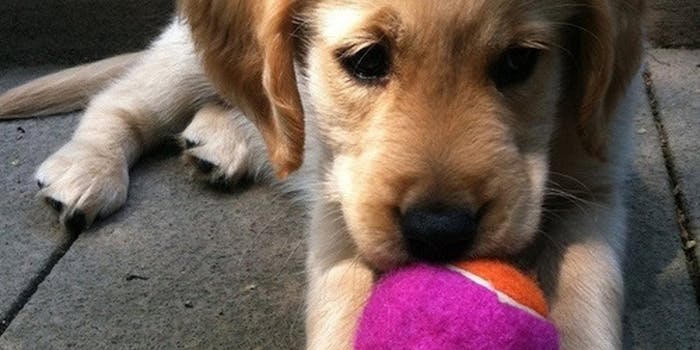 Who wouldn't want to play with this little guy? 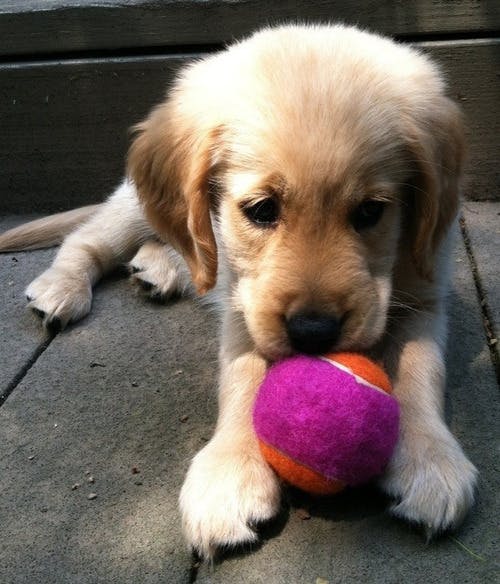 A local golden retriever puppy named Nacho has been unsuccessful in his attempts to pin down a partner for his doubles tennis match next weekend.

“If he can’t find a teammate, he’ll have to forfeit,” says Howard Jones, the referee who oversees the Saturday doubles matches. “I know that will just eat him up inside. He’d rather partner with Jabba the Hutt than throw in the towel like that. He’s very stubborn.”