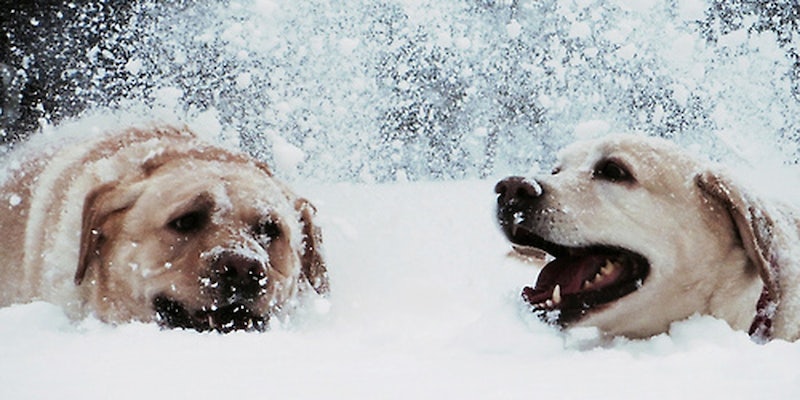 At five rawhide bones per driveway, these pups' rate can't be beat.

Two dogs from Bangor, ME named Jake and Cooper have found success shoveling snow for neighbors.

“Most people around these parts have really long driveways,” explained neighborhood resident Tag Paxson. “Snow removal is a fact of life, but it’s still a pain in the butt.”

That’s why so many people have jumped at the service Jake and Cooper are providing. They were overwhelmed with clients after a recent snowfall and actually had to turn some folks away.

“It takes them awhile,” said Martha Fennermaier, a customer, “since they mostly just push the snow around with their noses and I think they eat a lot of it. But the results are fantastic if you’re willing to wait.”

Plus, they’re dirt cheap. They charge just five rawhide bones per driveway — much less than most neighborhood children.