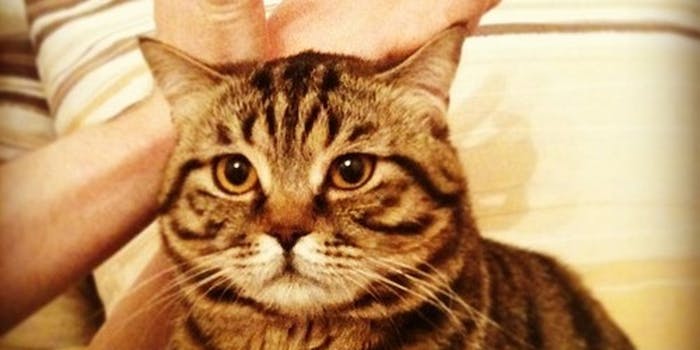 Allegations surfaced that Elvis was using human assistance for his show.

Elvis, star of a noted Las Vegas feline shadow puppet show, resigned yesterday amid allegations that thecat was not creating his own shadows. The picture above, first published by gossip site TMZ.com last week, set off a whirlwind of controversy, with anonymous insiders alleging that Elvis had human assistance for some of the more complex shadows in the show.

The cat staunchly denied the accusations and insisted through a spokesperson that the photo was taken in the greenroom when he and some friends were just “horsing around.”

It seemed as if the story would die as quickly as it appeared, but then today, The Sands Resort and Casino, which hosts the show, announced Elvis’ resignation. While the kitty has still not admitted to any wrongdoing, the casino has already tried to distance itself from its former star and move on with the rest of its feline cast.