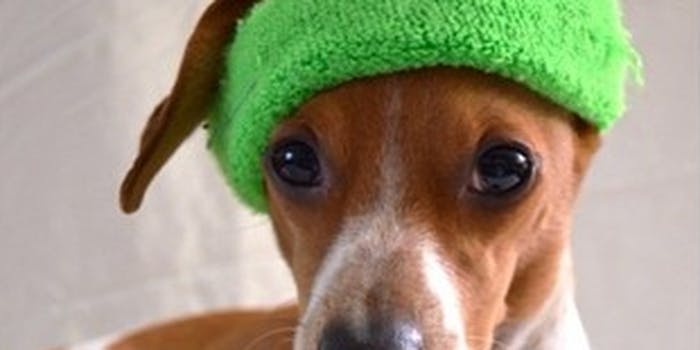 In an effort to reach more of the valuable dog demographic, Netflix has recently added a large number of canine-centric titles to its streaming library. Turner and Hooch, Beethoven, Marley & Me, and Homeward Bound: The Incredible Journey highlight the new crop of films.

But nothing has drawn more views, according to online video industry blog IPTV Pundit, than a doggie workout video called Sweatin’ with Bagel, which stars a lovable and trim piebald Dachshund mix named Bagel.

“Dogs love Bagel,” said Netlfix VP of Canine Programming, Marisa Lumis, who acknowledged that Sweatin’ was popular, but would not confirm view numbers. “He works you hard, but he makes it fun.”