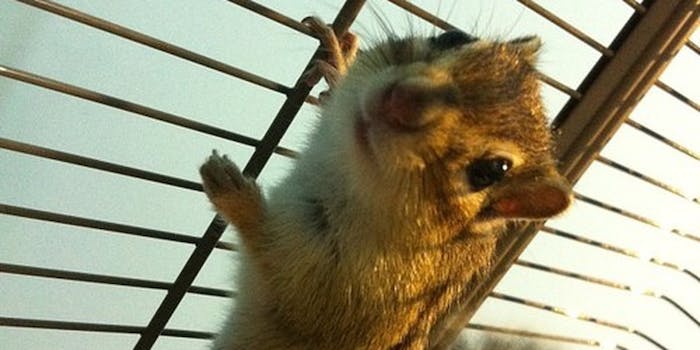 Marco is now training to be a climbing instructor.

When a new gym opened up in his neighborhood, Marco the chipmunk thought it was a waste of a good retail space.

“He figured he already gets so much exercise collecting acorns and nuts that a gym wouldn’t be worth his time,” said close friend Dan Kopowski. “He’d much rather have a good Indian food place or clothing boutique instead.”

At least it wasn’t another cupcake joint.

But then a funny thing happened. A friend who had a two-for-one Groupon for the gym convinced Marco to check the place out, and that’s when the chipmunk discovered the climbing wall.

“He was hooked immediately,” said Kopowski. “It’s funny, because he climbs all day, but usually it’s work. Getting a better nut or escaping a barking dog. This was climbing for fun, and that’s totally different.”

Marco is now not only a full member of the gym, but he’s training to be a climbing instructor.