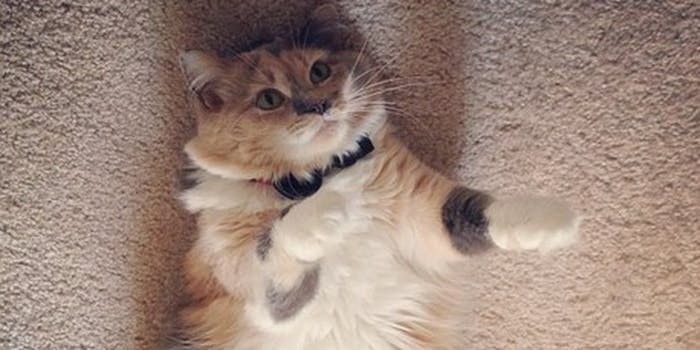 Fluffer has been trapped for five hours.

Authorities are scrambling to figure out how to get Fluffer the cat down from the ceiling, where he has been trapped for five hours following a freak gravity accident early this morning.

Records indicate that there hasn’t been a gravity-related incident in nearly five years, until the fundamental force unexpectedly shut off at about 4:57am today. Fluffer was working in the control room when it happened.

“He was just sitting there, about to dunk his donut in a mug of coffee when, zoom, he zipped up to the ceiling and stuck there,” said Witney Lloyd, a co-worker who witnessed the incident from behind a pane of gravity-proof glass.

The situation has been stabilized, but gravity remains in flux and Fluffer is still stuck. Scientists from the Lawrence Livermore National Laboratory in California are said to be enroute to try to work out a solution.

We’ll continue to update this story as it develops…