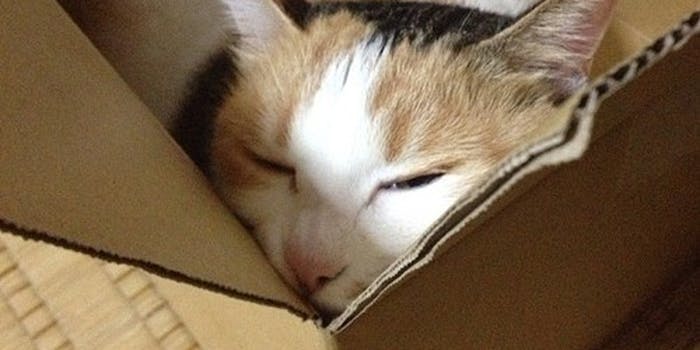 The "if I fits, I sits" daredevil was cleared by physicians to go lie in the sunspot in the kitchen next.

After years of training, months of meticulous planning and weeks of hype, Willy risked it all on Tuesday morning when he climbed into an empty cardboard box in the kitchen and sat down. The daredevil cat sat in the box for a good 45 minutes, drawing a relatively large crowd onlookers.

“He even napped for a bit,” said one bystander, though that report remains unconfirmed.

After climbing out of the box, Willy stretched, was examined by his medical staff, and was cleared to go lie in the sunspot in front of the sink.