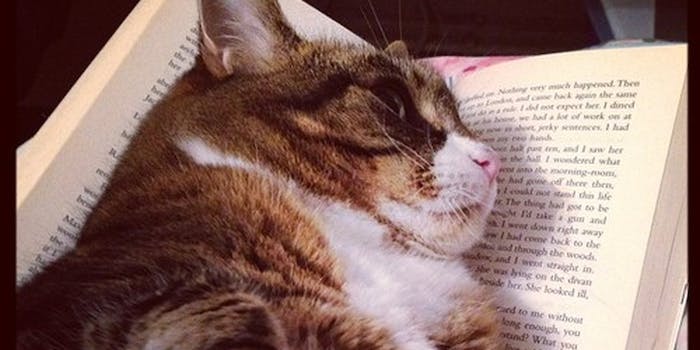 The product is adorable, but the market is dwindling.

It seemed like a good idea, and it even attracted some mild interest from investors on an episode of ABC’s Shark Tank (though none of them actually put in money). But a year after launching on Kickstarter,cat bookmarks are not catching on in the market.

“It’s not the product is bad,” said Miles Cowley, an analyst for Bloomberg BusinessWeek, “they’re actually very well made and super adorable.”

Rather, said Cowley, the market just isn’t there.

“No one reads paper books anymore,” he explained, “and digital editions don’t need physical bookmarks. This would have been a killer idea a decade ago. Now? Not so much.”