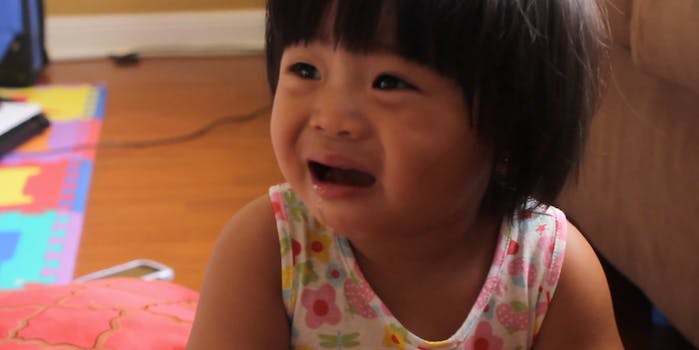 One father has finally figured out the secret to stopping his toddler from crying.

With a method that works about 90 percent of the time, redditor koleslaw tries to redirect his daughter’s attention whenever the waterworks start, and the adorable results are something any parent can appreciate—and a must-see.

If your child isn’t old enough to make delightful animal noises, you’re stuck with the trial and error method. But if you’re lucky, this dad’s trick could make the terrible twos less teary.