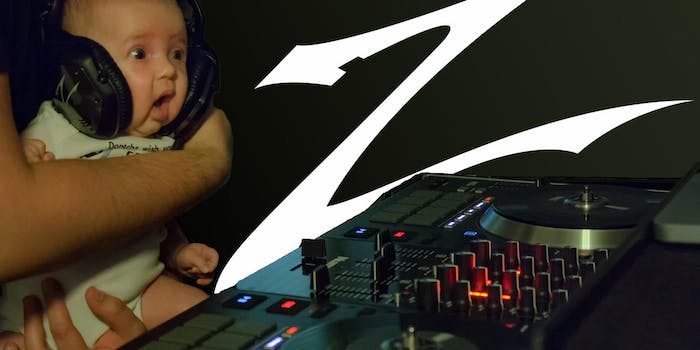 The future of hip-hop’s in good hands. All you other basic babies just got put on notice.

Blue Ivy Carter may hold the world record for being the youngest person ever to appear on a Billboard chart with her feature on Jay Z’s “Glory,” but even she would have to admit that baby Natalia’s got some skills. And perfect comedic timing.

The vine comes from this YouTube video from 2013, called “My BeatBoxing 1 year old niece.”

Her uncle, Yazan Salman, lays down a simple rhythm. Natalia finishes it off with the perfect musical complement.

Salman vines, tweets, and Instagrams under the name iLLyNoiZe. Here’s a photo of the duo together: The future of hip-hop’s in good hands. All you other basic babies just got put on notice.

Photo via MichaelJZealot/Flickr (BY NC ND 2.0)