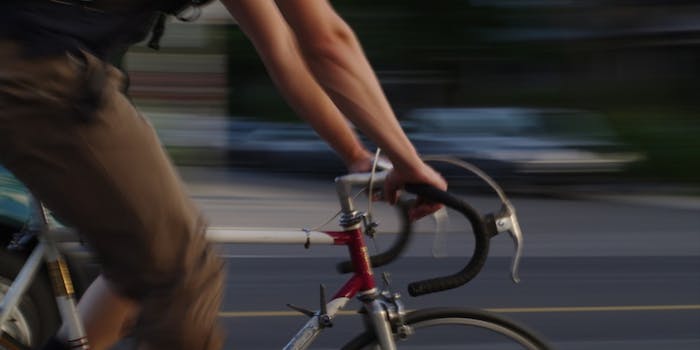 Cyclist gets instant justice after being tailgated by a driver

Revenge is a dish best served cold, but justice is best right out of the oven.

Justice came almost instantly for one cyclist who had a car following him a little too closely.

Kevin Selagea was doing a sprint run down the street, at times matching the road’s speed limit and getting to over 30 mph when a Honda CRV started tailgating behind him. Initially, he didn’t even see the car so close behind him that it “was pretty much skimming my rear tire.”

While the people who tailgate other cars, motorcycles, and bicycles seemingly get away with it most of the time, but as almost as soon as it started, the car’s thwarted by an ally—one who doesn’t always seem to be on the cyclists’ side.

That town may not have as dire a bicycle situation as New York, but it’s still a win on for the cyclists.