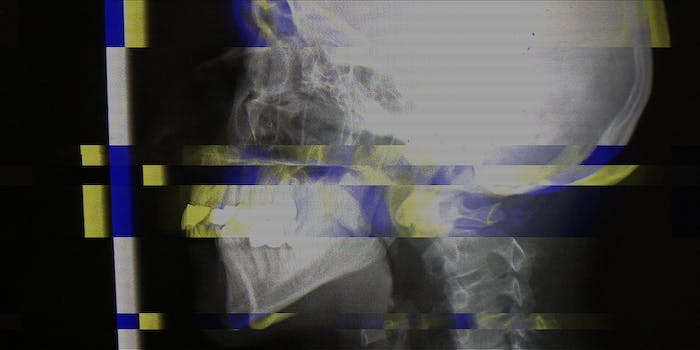 A dark prophecy of our cybercrime future

By the year 2020, cyberattacks may be able to inflict psychological warfare, disable medical implants, destroy economies and cause widespread real world harm, according to newly released research from the Europol Cybercrime Centre, TrendMicro, and the International Cyber Security Protection Alliance.

The report, released yesterday and called Project 2020, reads like a gripping cyberpunk short story—even including fictional characters, businesses, and nations to illustrate this possible world of 2020. It’s a sobering reminder that the line between cyber and physical attacks is becoming ever blurrier.

Of course, cyberattacks already cause real world harm. In 2010, the United States famously launched Stuxnet, a computer worm that physically attacked and damaged Iranian nuclear facilities. But top-secret government attacks are just the beginning. Everything from cars to gas pipelines to pacemakers may soon be targets for cyberviolence.

The researchers warn that, as virtual reality technologies approach the mainstream market around 2020, the tech will inevitably be targeted by hackers, including attacks that can “entail psychological harm to individuals.”

While the vast majority of today’s Internet users would baulk at the idea of receiving a brain or retina implant,” the report reads, “mainstream adoption of augmented reality, virtual reality and sensor technology may prime 2020’s younger generations for uptake, and desensitise them to some of the possible attached risks.”

Physical attacks against individuals may become commonplace. Devices like defibrillators and pacemakers already report wirelessly. As medical implants become more common, the machine parts of our bodies will be vulnerable attacked and failure, resulting in injury or even death. The report even poses the idea of “malware for humans.”

Physical attacks against data centers and Internet exchanges also loom on the horizon.

There will be “a market for scramblers of mood recognition, remote presence and Near Field Communication technologies.” Botnets —essentially armies of regular computers captured by hackers to do their bidding—will move to the cloud, taking advantage of its enormous processing power and therefore becoming a more dangerous threat.

And then there’s the potential of internecine cyber gang warfare, wherein all sides hijack identities and avatars to much greater impact than ever before.

If this painting of the near future is too grim for you, just remember you’ve still got a few years left of the tamer stuff: identity theft, military-grade hackers, and viruses that can take down nuclear facilities. And then there’s the somewhat-further future: As the world grapples with a new forms of cybercrime in 2020, researchers predict a new era of quantum computing will be on the horizon.

“And quantum computing is probably going to change everything…”