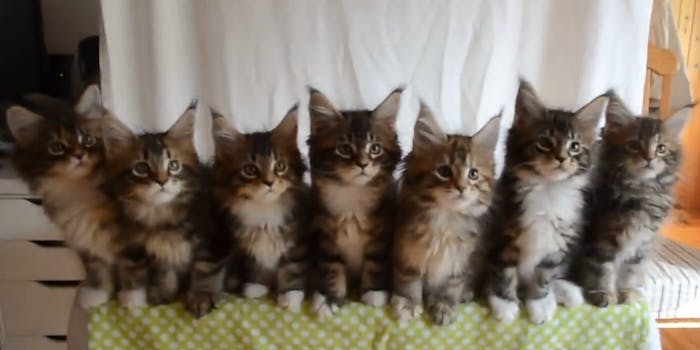 How can you make a lineup of seven kittens ready for a photoshoot even cuter? Get them to move adorably in sync, of course.

Florences Salles, a breeder at Triskel Main Coon in Quebec, did just that when her cattery lined up seven kittens one afternoon. Dangling an object in front of them, the cats locked-in on their target and displayed their keen reflexes. The resulting adorable video of the kittens in simultaneous motion is everything that’s right with this world.

Our favorite part? When the kitten on the far left swats so hard for the object he accidentally swing an arm around the kitten beside him. Aw-factor times a thousand.