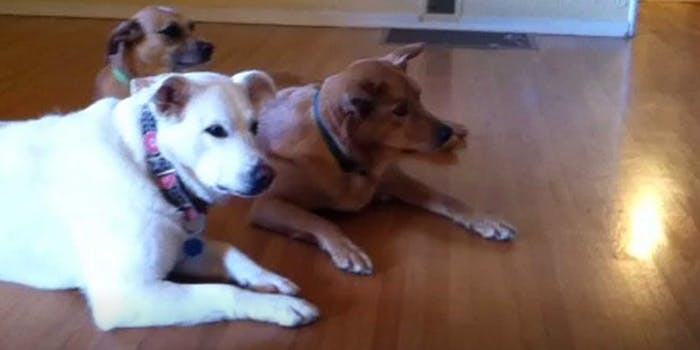 The landscape of six-second, dog-based, Internet-disseminated entertainments has been forever altered with a Vine video that emerged this weekend. Courtesy of Curtis Lepore, the clip is altogether too perfectly conceived and executed; one assumes a vast uncredited film crew was toiling behind the scenes to make it a reality.

The vine features Buster Beans, an eight-year-old Boston Terrier who hails from Los Angeles. In it, the caption informs us, he “is hanging out with his new pup friends.” That’s one way to put what happens. Another would be: “Buster Beans showing his new friends who’s boss.”

Make sure you have the audio up on this.

Have you recovered yet? We might applaud Buster Beans for his alpha-dog entrance and sense of drama—not to mention his unusual bravery around vacuum devices—but to have also created a new meaning for the phrase “ridin’ dirty” is really going above the call of canine duty.