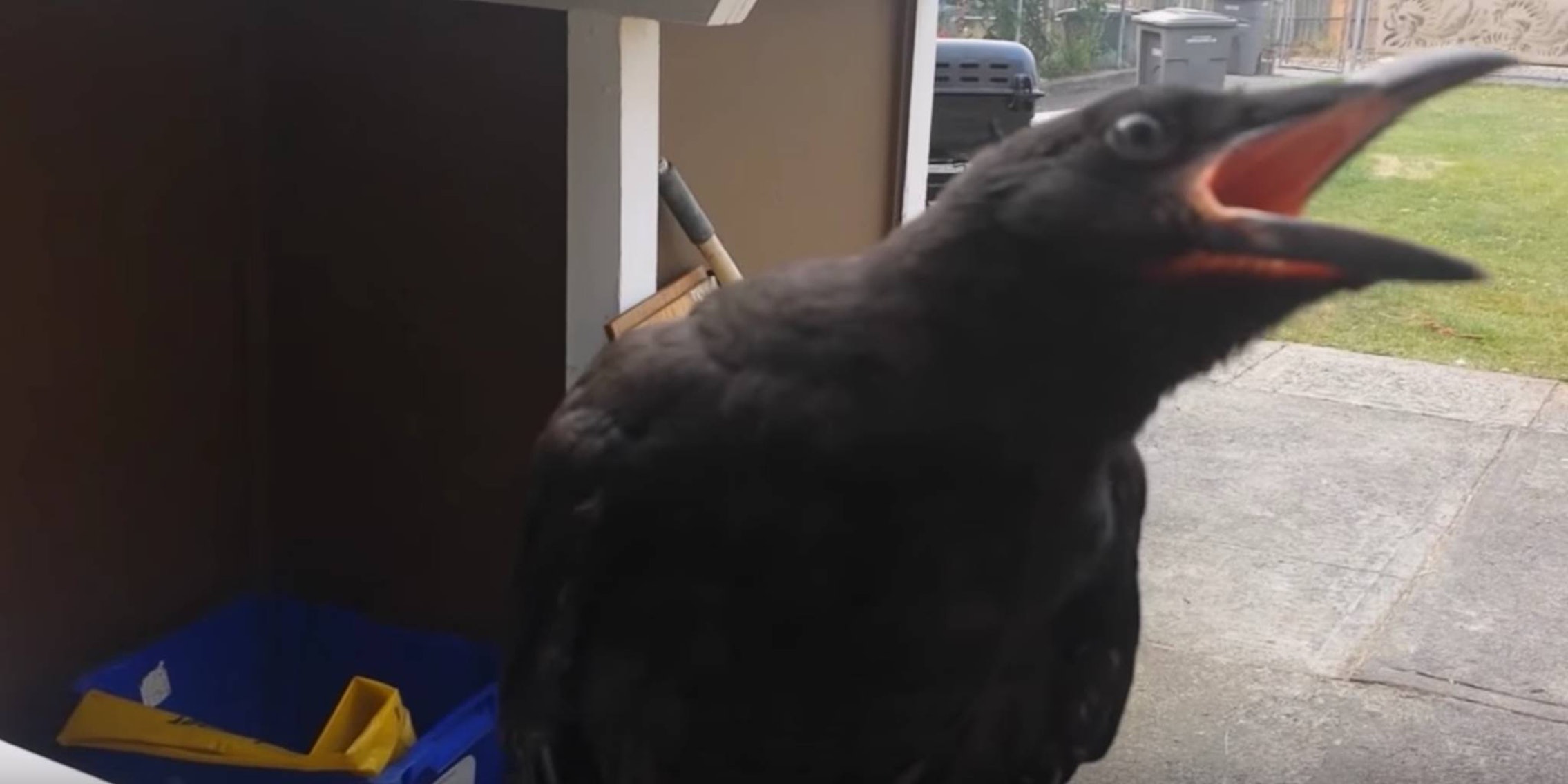 Screengrab via Canuck the Crow/YouTube

Crows are insanely smart birds. They remember people, organize more effectively than a Trapper Keeper, and adapt to their surroundings almost flawlessly.

It’s this behavior that lured the city of Vancouver into a false sense of security with its unofficial spokescrow, Canuck. That feathered friend hangs out with humans all the time and is quite vocal about it. Here’s a video one of his BFFs took.

“Damn paparazzi, eh?” a man says off-camera. Ya damn right. Canuck is clearly tired of catering to humans unless he gets something out of the deal. And he’s getting dangerous, as well.

The bird appears to have conspired with a suspect following an armed standoff recently. Canuck probably traded his services for a bag of oats or a shitload of tin foil attached to a stick. And what are this crow’s services?

Let’s just say he’s got a way with knives. The bird allegedly snatched a blade at a crime scene on Tuesday. And he almost got away with it, according to an eyewitness.

Canuck eventually dropped the knife, which is a total rookie mistake. Lucky for the crow, he’s built up enough of a following for the humans around him to shrug off his behavior. Officers have refused to charge him with tampering with evidence from a crime scene, meaning he’s free to conspire again.

This isn’t the first time Canuck’s embraced a life of crime. He tried to destroy a Vancouver cop’s computer in April, getting as far as the F6 key before eventually giving up.

Somebody’s gotta be encouraging this illicit behavior. Perhaps teaching Canuck that crime doesn’t pay will prevent a potential crow uprising in Vancouver. It’s time to act now, neighbors to the north. What say you, eh?