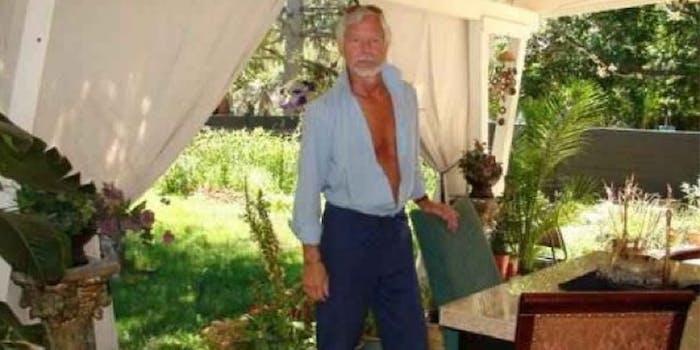 Is this actually the creepiest Craigslist IT ad ever?

Well, this is a new one. The genre of “creepy Craigslist ad” is familiar to most meme-hunters, and at first glance, this “IT Girl needed ASAP” posting, now flagged for removal, is no different.

Over at Denver alt-weekly Westword, Michael Roberts reported on the bizarre ad, which features dating-profile photos of the apparent poster and promises compensation for tech assistance in the form of “dates with me, on me.”

“You give me your IT skills and time and I give you the full tilt Goddess treatment! Dates with me, on me, messages with scented oils, the romance & sensuality…full montey head to foot!”

Not to the commentariat. Readers were incensed that Roberts would dare to mock an obviously lonely man struggling to gain companionship, however misguidedly, and told him as much. A user going by the handle urinalgum wrote:

So, the guy needs IT help, and he’s an older gentleman. Could it be these are the only digital photos he has of himself, and he doesn’t know how to get more?

You guys are killing Village Voice. Seriously, I try not to click on your particular paper at all in the VVM family. because there’s a good chance it’s garbage like this non-story.

Speculation that the man could be a widower and not used to online matchmaking sat alongside remarks that he is, after all, pretty well muscled, especially for an older gentleman, and has a nice fireplace. One commenter even chided Roberts for bullying.

Of course, it’s just as likely that some prankster got ahold of the seductive photos and used them to fill out a fake ad, in the hopes of a viral hit.

So far, however, the consensus on the photos seems to be “he’s not that creepy.”

“I’ve seen worse,” wrote Holly Elkins. Even if there’s a guy trying to kill two birds with one stone like this, can you really blame him?