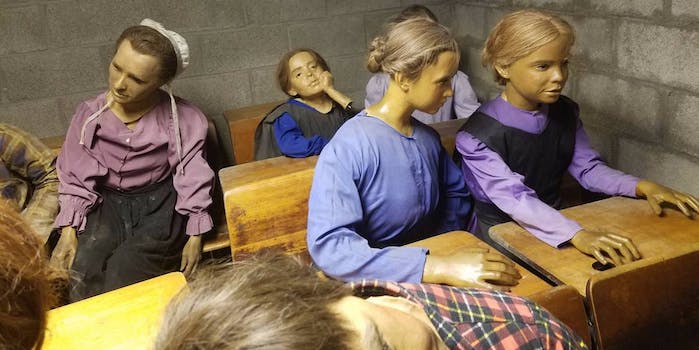 Craigslist deal of a lifetime: 28 wax mannequins from a PA one-room schoolhouse

What the hell is going on with this Craigslist ad? 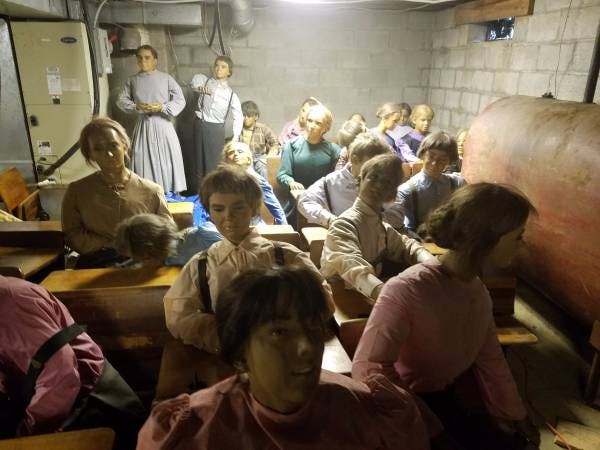 Who the fuck are y’all? 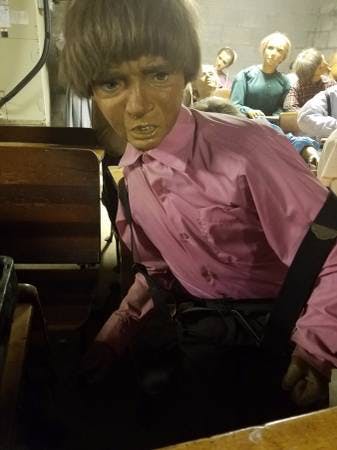 Seriously, this is distressing… but educational! Turns out Bird-in-Hand isn’t a sex act and this isn’t some misplaced casual encounters listing. This is some dude in a little Pennsylvania village earnestly asking you to take 28 wax figures off his hands. Four of them are mechanical, which means they can do more than just passively haunt you. How quaint!

Selling at $300 a pop, these ghoulish mannequins come from Weavertown, which I just found out is not in the Thomas the Tank Engine universe. It’s an old school one room schoolhouse in Lancaster County. Apparently these guys were once educational entertainment for visitors, showing them what it looked like in 1877 when a room was full of people if you turned them all into wax.