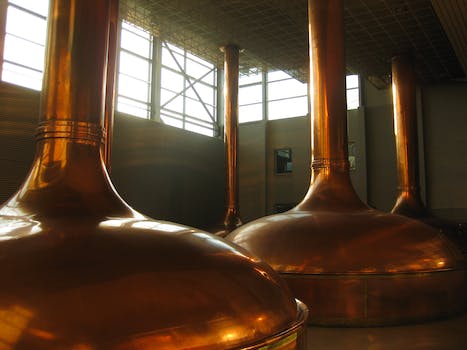 If you want a room with on-tap beer and hop-infused spa mask, this is the hotel for you.

If you dream of having a mini-fridge full of beer in your shower or soaking in a Jacuzzi full of IPA, you’re in luck. Brewdog Brewery is set to open the world’s first crowdfunded craft beer hotel in Columbus, Ohio.

The hotel will be called “The Doghouse” and will come with luxuries such as on-tap beer in every room and a spa featuring craft beer themed treatments like hop-infused face masks and malted barley massages. Even the shampoos and soaps will be made using craft beer.

Brewdog is no stranger to quirk. If you’ve heard of them before, it’s most likely for its ongoing quest to brew the world’s strongest beer, a title the company has held and then lost on more than one occasion.

The hotel is being crowdfunded through Indiegogo and the company managed to shatter its initial goal of $75,oo0. With more than twenty days left and with nearly $175,000 raised as of this writing, it’s well on its way to meeting its stretch goal of $200,000, meaning Ohio residents are all but guaranteed their own beer hotel in the near future.

For those that balk at the hotels $200 a night price tag, keep in mind that getting trashed at the Motel 6 will still remain reasonably priced at around 50 bucks.