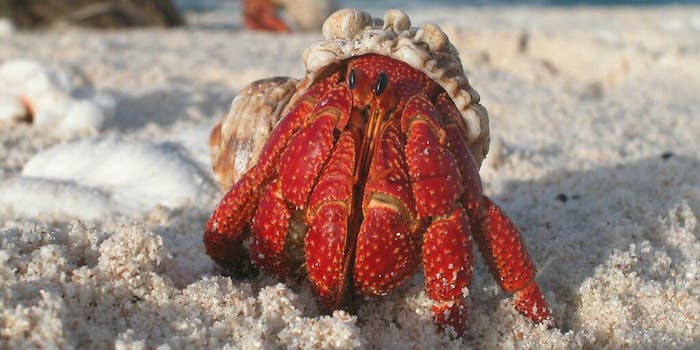 From your nightmares directly onto your internet browser comes the photo below that will likely haunt you until the end of time. Combine a massive-looking crab with a creepy baby doll head as a shell and it just might freak you the hell out.

The creation was apparently discovered on Reddit, where people immediately made the connection of this crab to Babyface in Toy Story. The resemblance is not difficult to see.

And Babyface, one of Sid’s mutant toys, from Toy Story …

It’s not entirely clear where and when this photograph was taken, though reports say the crab was snapped in the Pitcairn Islands, a British territory in the south Pacific Ocean. Either way, this is just another example of the dangers of littering. Not only is ocean debris a potential danger to wildlife—with the exception, of course, of this specific crab, who seems to be thriving—but it also has the ability to scare the hell out of anybody who comes across it online.