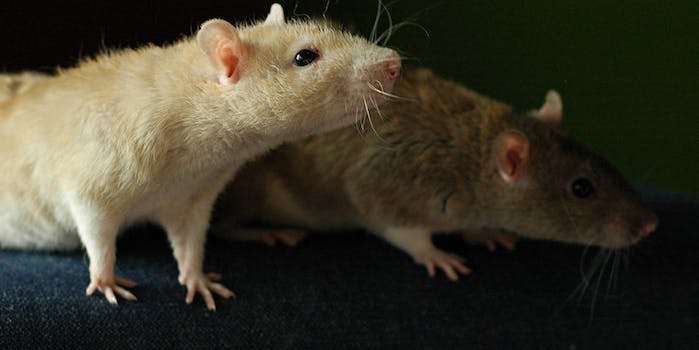 How many rats can you count in this horrifying restaurant kitchen?

However many there are, it's disgusting.

No one knows where they came from. Or which restaurant they’ve infested.

All the Internet wants to know is how the fuck to describe some two dozen rats humping their way up a pipe and into a kitchen ceiling like a bunch of CrossFit nuts at a ropes course.

The consensus is that 23 rats in all have graced us with their potentially plague-ridden presence. Does that constitute “a bunch,” as the video’s title suggests? YouTube says hell no.

Folks on Reddit are similarly skeptical. They’ve done the rat math, and 23 just doesn’t add up to being a bunch. In between carefully scrutinizing this video and taking a Purell bath, redditors got into it about the proper way to classify a rat infestation. Oh, and fighting about mischief.

Knowledge is power. It’s probably not powerful enough to stop these vermin from haunting your dreams, though. If only these rats could get tangled together, become a rat king, and settle this madness once and for all.

Better yet, why not let the rats pick their favorite pastries? If we can have Pizza Rat and Croissant Rat, surely the world is ready for Cookie Rat, Toast Rat, and Macaroon Rat.

And that, my friends, is called a bakery. You’re welcome.