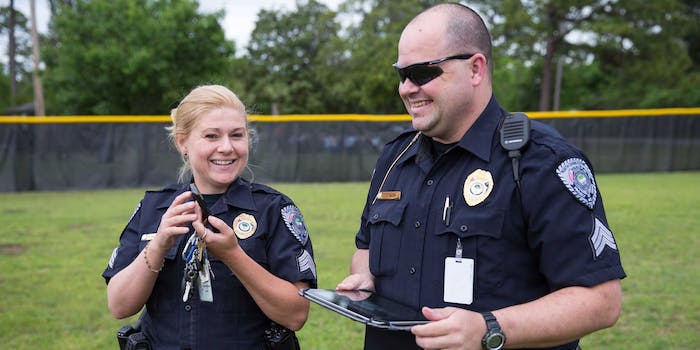 Maybe Footloose was on to something when it came to outlawing dancing.

Police officers are regularly derided as overly authoritative, abusive, and incompetent. But on occasion, they shrug off these stereotypes and prove that law enforcers can be just as cool as anyone else. They patrol on skateboards, lip sync to Katy Perry during ride alongs, and let Danish kids cool off by using the hood of their patrol car as a water slide.

But sometimes, officers are better suited to breaking up the fun rather than joining in. Case in point: This Kansas City officer who interrupted his patrol to attempt to school some neighborhood kids in a dance-off with moves that he must have picked up at a bad ‘80s bar mitzvah.

After watching this officer humiliate himself with a disgraceful dance-off loss, maybe the town in Footloose was on to something when it comes to outlawing dancing.