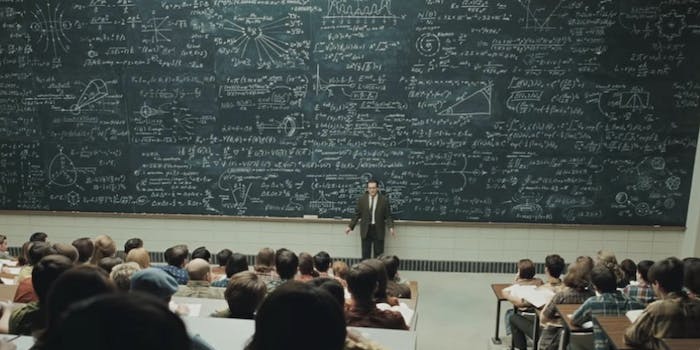 Reaching college teens is hard, especially when you’re just a nerdy statistics professor. Good luck trying to convince your class that you were just as hip and with it when you were their age when you’re spouting out means, medians, curves, and standard deviation.

But one statistics professor figured out the equation to showing the youth of today that they’re more down to Earth than their lectures may suggest—through hilarious and clever extra credit questions.

The mystery professor tests their students’ pop culture trivia, and challenges them to come up with clever responses, for some much needed extra points on their quizzes. 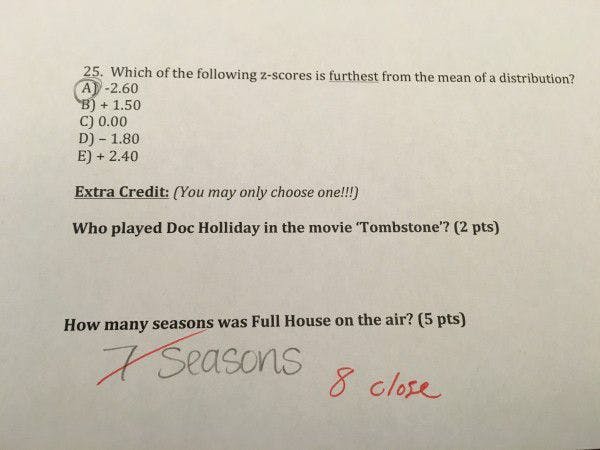 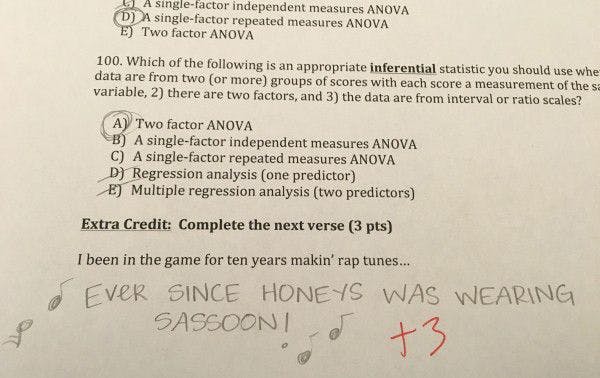 That is, indeed, how you spell “khakis.” 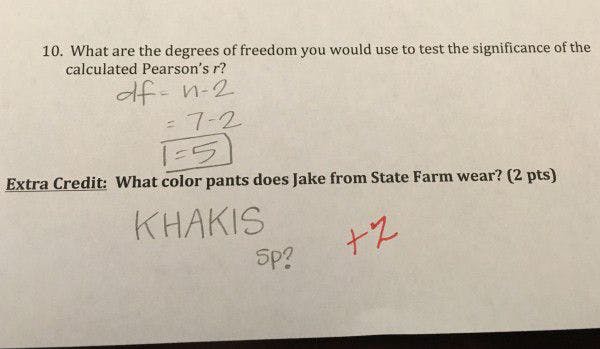 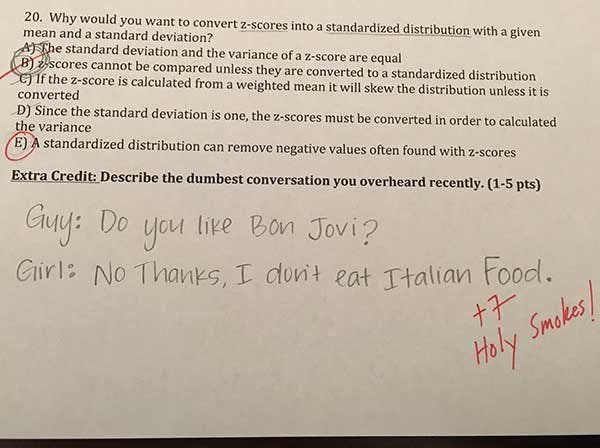 What’s the probability that the cool professor was OK with swearing? 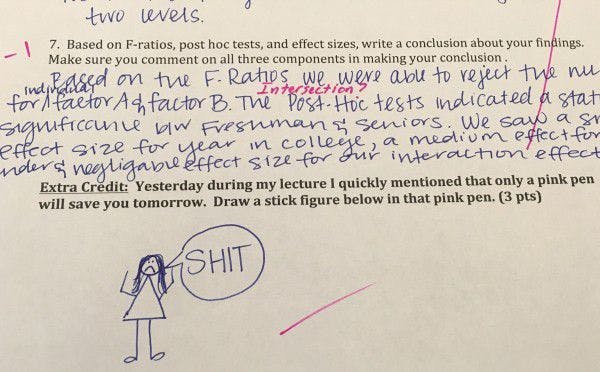 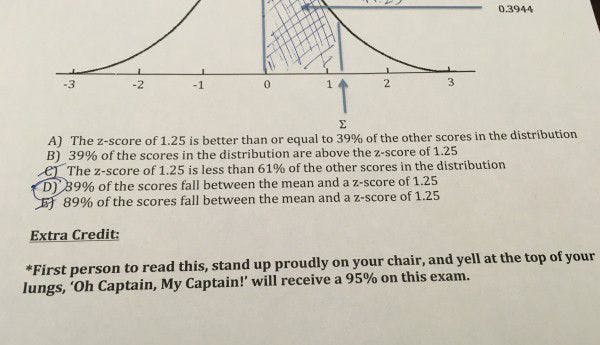 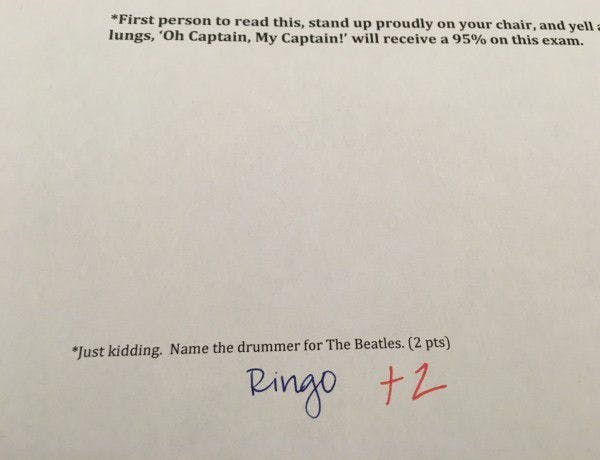