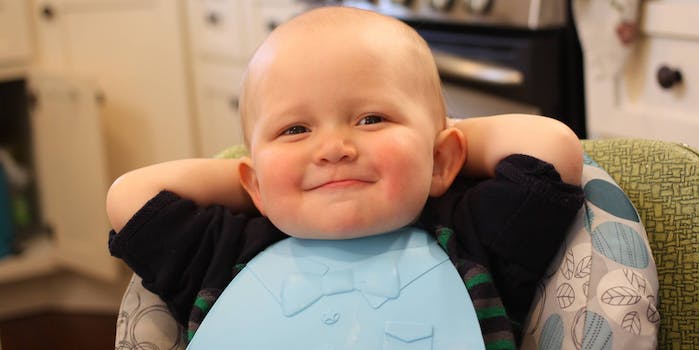 This smug baby just crapped his pants, but that’s not his problem

As a great poet once said, everybody poops. But few are as smug about shitting their pants as this baby, who became wildly popular on Imgur this week for the sassy pose he strikes every time he makes his parents have to change his dumpy drawers.

Every time he poops, he puts his hands behind his head and smirks. His smiles have become a warning sign.

Smugsy babbo, hero babbo. His sass-face and dapper bib have been seen nearly a million times, inspiring many remixes at which he will certainly laugh when he’s a smug, sassy adult.

Less poopers in the droopers by then, I hope!

When you get R Kelly’d by a baby

Evolution of a smug rich prick

You never make the shits you didn’t take.

We can all aspire to care as little about our problems as this baby cares about sitting in his own feces.