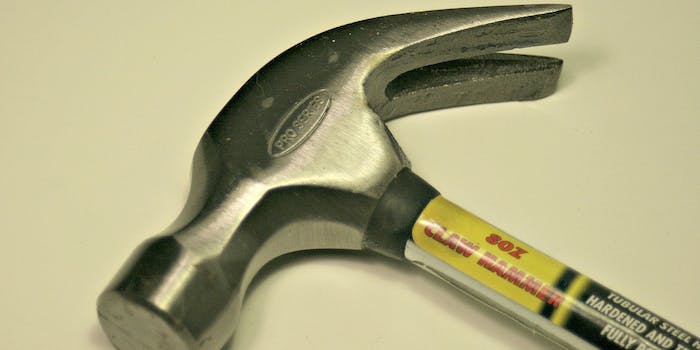 This dude has some awesome hammer tricks

Get back to work!

Who knew working construction could be so much fun? Apparently to the guy in the video below, there’s nothing better in the world than twirling his hammer for the camera. (And that’s not any kind of euphemism.)

Sure the video emerged in 2013, but finally the man and his performance are getting his viral due. The dude knows how to make life exciting with his tool, and finally, it’s hammer time.

Not surprisingly, this isn’t the only construction tools trick video on the Internet. There’s also the world’s fastest composition roofing shingler.

And the man who can make a screwdriver float in the air.

And, of course, the Penn and Teller nail gun trick.

But the best part of this entire post is the first comment on the YouTube video of the original dude who’s twirling the hell out of that hammer. It’s almost certainly what the guy’s foreman must be thinking.

As written by M Anto, “Quit fucking around and get back to work!”

Photo via HomeSpot HQ/Flickr (CC BY 2.0)