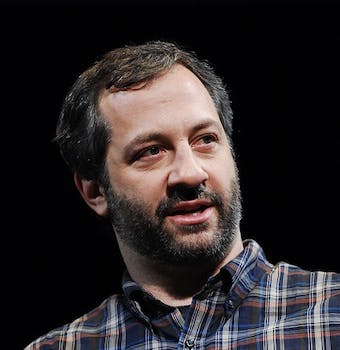 Mel Brooks, Carl Reiner, Judd Apatow, and Amy Schumer are among those posting tweets and Vines during the five-day Comedy Central throwdown.

Comedy heavyweights are preparing to take to the stage for a festival to play out on Twitter and Vine.

Mel Brooks, Carl Reiner, Judd Apatow, and Amy Schumer are among those posting tweets and Vines during the five-day Comedy Central throwdown, according to The New York Times.

Those taking part will use the #ComedyFest tag to denote which of their tweets are part of the festival. The festival’s kicking off with a panel discussion featuring Brooks, Reiner, and Apatow. Twitter will livestream the event, which will take place in front of an audience.

Elsewhere, actor Steve Agee, who’s seen new-found popularity thanks to his witty, surreal vines, will host a “Vine Dining” party. It’s not quite clear what that is, but Agee will be “telling stories in six-second videos” according to the Times.

Naturally, it’s a promotional outing for Comedy Central, which is set to release an app focusing on stand up comedy videos within the next month or so.

Twitter and Vine are good outlets for comedy, since they force funny people to get to the point of their jokes more quickly. The respective 140-character and six-second limits force people to me more creative in their output. Just as Twitter helped the rise of comics like Rob Delaney, it’s proven to be an outlet for more established comedians to express themselves to a wide audience quickly.