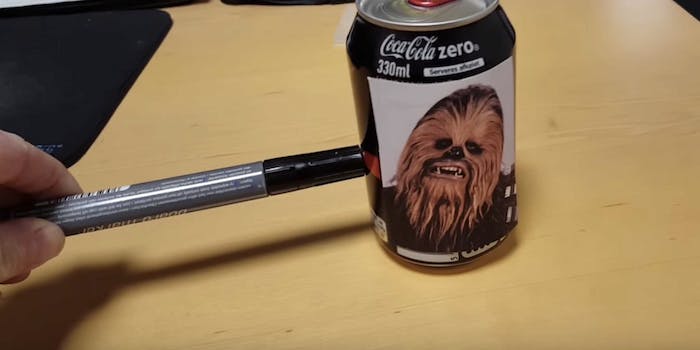 This Coke can does a fantastic impression of Chewbacca

The release of the new Star Wars film, The Force Awakens, is less than a month away, and expectations are running high. We’re also being bombarded with marketing tie-ins at every possible turn (the other day, no joke, I saw a bag of supermarket potatoes with Darth Vader on them).

Coca-Cola, meanwhile, needn’t even try to capitalize on the space-opera franchise. Not when there are YouTubers to notice the serendipitous sound of a Coke Zero can being slowly pushed across a desk.