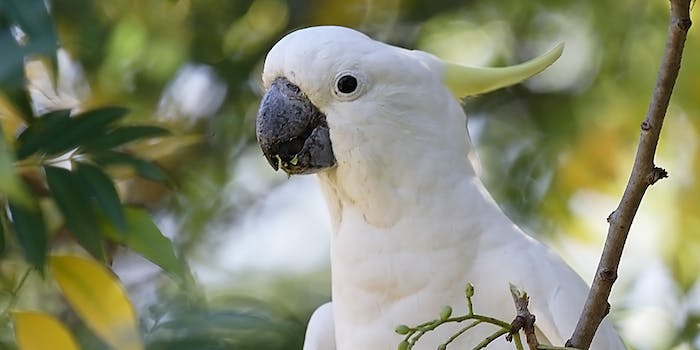 "Give a dog a bone" takes a whole new meaning.

The Internet goes nuts for cats and goats, but it’s the birds that’ll have your back in a tough situation.

Spike, the Umbrella Cockatoo, has a lot more freedom in the house than his canine companions, and when it comes to retrieving things from high places, that bird is the right guy for the job. He’s got the goods, and he’s giving them away like it’s Christmas.

Who knows what kind of deal Spike cut before the heist, but the Great Danes are reveling in the sweet, sweet reward in the form of Milk-Bones.