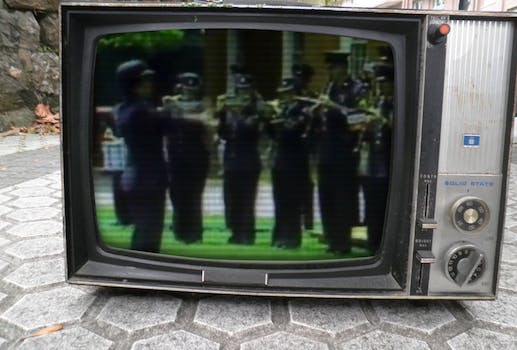 Someone at CNN has to hit play on this video before humanity ceases to exist.

When the world ends, CNN thinks it’ll get the last word.

During CNN’s launch 34 years ago, founder Ted Turner promised that the network would, barring satellite interruptions, broadcast until the world ends.

We’ll be on, and we will cover the end of the world, live, and that will be our last event. We’ll play the National Anthem only one time, on the first of June [the day CNN launched], and when the end of the world comes, we’ll play ‘Nearer My God To Thee’ before we sign off.

It sounded like a joke, but Turner wasn’t kidding. At the very least, he’d prepped for an apocalyptic event—filing a video that features a band playing the 19th Century Christian hymn, the same one the band supposedly played when the Titanic went down, ready to be deployed whenever the world ceased to be.

Michael Ballaban, a Jalopnik writer who served as a CNN intern in 2009, found the video handily after hearing about it form a co-worker and seeing it for himself. The video lives on CNN’s intranet, with the title, “TURNER DOOMSDAY VIDEO.” The video is in standard 4:3 aspect ratio, and seemingly hasn’t been updated since Turner made his decree in 1980. Back then, CNN was revolutionizing how news would be delivered. Instead of during prescribed times allotted by networks, it would be 24/7. Of course, now news comes even faster than television journalism can respond. The notion that a broadcast network would be the last holdout in a modern apocalypse instead of Twitter, YouTube, or some yet-to-be-invented news medium seems archaic, but in 1980 the idea that CNN would have the news upper hand wasn’t out of the question.

For anyone who finds the video on CNN’s video database, there’s a bold note. “HFR till end of the world confirmed.” (HFR means “hold for release.”) It of course begs the question, exactly how does CNN’s one remaining employee in midst of an apocalypse get confirmation of the official end of the world?