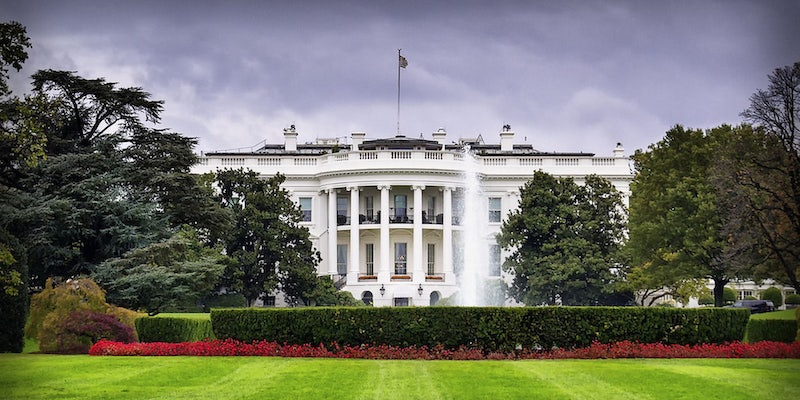 The president has lost control over his own government.

If the public learns the right lesson from the Senate’s release of the torture report, it is that it should never look at the presidency in the same way again. Not because it makes our presidents look like monsters, mind you— although it certainly does that—but because it makes them look powerless and pointless, almost pathetically so.

If Internet punditry is to be believed, George W. Bush was a tyrant who could be understood with “the language used to describe [King] George III,” a “defiant warmonger to the last,” as a piece in U.K.’s the Telegraph describes him, one “on the rampage” to legalize torture. Meanwhile, Barack Obama is also a tyrant “just like the Founders warned us against,” a president who “fiercely defends the military-industrial complex,” and “the media’s favorite autocrat.”

The Internet likes to view these men in an authoritarian, all-seeing role, but the CIA report proves that’s anything but true. Here are seven facts that go against those preconceptions.

1) The CIA didn’t inform President Bush of the full extent of its methods until more than five years into his presidency.

Despite his vaunted reputation as the “decider,” Bush was not briefed on specific interrogation techniques until April 2006, 63 months after he first took office, and more than four and a half years after the September 11 terrorist attacks.

Indeed, the report goes into detail as it describes how the president “expressed discomfort with the image of a detainee, chained to the ceiling, clothed in a diaper, and forced to go to the bathroom on himself.” This contradicts Bush’s later claim to have “personally approved the techniques” in conversations with CIA Director George Tenet.

2) The CIA tricked President Bush into lying to the American people about preventing a strike against a Marine base.

In a speech he delivered on September 6, 2006, Bush defended the use of “enhanced interrogation” by insisting that it wasn’t torture and arguing that it yielded “intelligence that cannot be found any other place.” Bush said, “Our security depends on getting this kind of information.”

Not only does the report reveal that these methods often yielded either bad information (suspects would frequently make up anything to make the interrogation stop) or material that the military had already known, but it also discusses the use of “forced rectal feedings,” waterboarding until victims were “near drowning,” and frequently violated the law and Constitution by ignoring Justice Department guidelines (and then lying to the necessary officials about it).

3) The torture report has made high-ranking members of the Bush administration look ridiculous, either by being easily misled while in office or unconvincingly lying to save face afterward.

Despite promising to be completely forthright with the president’s foreign policy advisers, the report reveals that a great deal of information was kept from Secretary of State Colin Powell out of concern that he would—as a 2003 NSA memo put it—“blow his stack” if he found out torture was being used.

More recently, in an interview with The New York Times, former Vice President Dick Cheney reiterated his claim that “the [torture] program was authorized.” Cheney said, “The agency did not want to proceed without authorization, and it was also reviewed legally by the Justice Department before they undertook the program.” As a summary of the congressional review in Politico explains, however, “the CIA’s actual tactics often went far beyond the terms laid out in Justice Department legal opinions,” with agents often going out of their way to mislead and dupe their superiors.

4) The CIA manipulated President Obama into supporting torture by lying about its effectiveness.

While he was still president-elect, Obama and his national security team met with the CIA, which told him that they had acquired “key intelligence” from the use of torture. One of the examples they cited, Janat Gul, a man who not only had never provided the CIA with any useful information but was ultimately released after his partner recanted the accusation that led to Gul’s detainment in the first place. Nothing in the record indicates that either Obama or other members of his administration ever questioned the CIA’s account.

5) The wrangling over the release of torture report serves as another example of President Obama’s flip-flopping tendencies.

As Politico recently reported, “the CIA and Obama Chief of Staff Denis McDonough have been wrangling for months with Intelligence Committee chairwoman Sen. Dianne Feinstein (D-Calif.) to limit disclosure of details that Democratic senators say are crucial to understanding the narrative of the program.” Insiders like Sen. Dick Durbin have confirmed that it was the pressure from Sen. Dianne Feinstein, rather than Obama’s own initiative, that finally prompted the releasing of the report—and even that didn’t occur until thousands of pages of material was redacted.

6) The torture report reveals that the primacy placed by the Constitution of civilian control over the military is not being respected.

It’s easy to forget that civilian control of the military was one of the most important principles upon which the American model of government was built—and yet by misleading two presidents and their advisers, the CIA made it clear that it had a higher regard for its own judgment than for the opinions of the men and women elected to represent the will of the American people.

If that tenet was still in effect, then every member of the CIA who engaged in torture would have been fired the moment their president discovered what they had done (which still holds true today). The last time a threat this serious was posed to civilian control over the armed forces—when General Douglas MacArthur was blatantly insubordinate to President Harry Truman—the latter dismissed the former despite paying a severe political price for it. It is unlikely, and unfortunate, that this probably won’t happen now.

7) The torture report will not only cause future presidents to distrust the CIA and other branches of the intelligence community but force the American people to wonder whether their presidents have any meaningful power at all.

There is a scene from Oliver Stone’s 1995 biopic Nixon that sums up this point quite nicely. During an impromptu meeting with anti-Vietnam War protesters at the Lincoln Memorial (which, believe it or not, actually did happen), Nixon is confronted by a student who realizes that if he truly wanted to end the Vietnam War, he would be unable to do so. “Then what’s the point?” the student asks. “What’s the point of being president? You’re powerless!” After Nixon insists that he does have power because he can “control [the system]…maybe not control it totally, but tame it enough to make it do some good,” he is told that it “sounds like [he’s] talking about a wild animal.”

To this the fictionalized Nixon replies, “Yeah, maybe I am.”