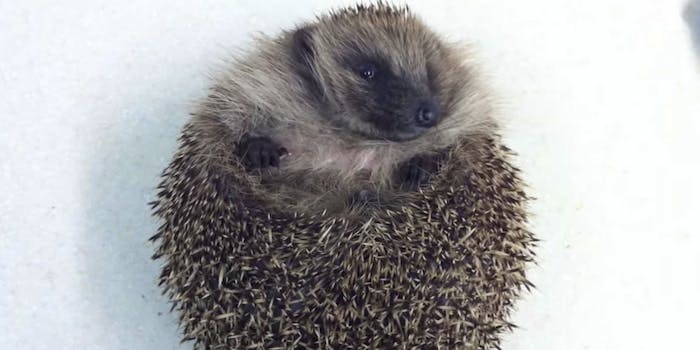 Never give up. Never surrender.

Look, I’m not going to waste your time here. Maybe you’re interested in how this hedgehog was taken in and fattened up this winter by HART Wildlife Rescue before being released back into his natural habitat. More likely, however, is that you simply want to watch him struggling to roll over.

Well, who am I to argue with you?

In conclusion, you have just watched a chubby hedgehog roll over.