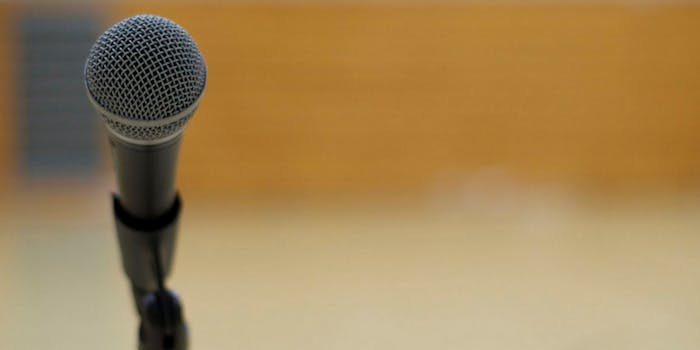 That's not how it's done.

I don’t know how this happens. Usually you can spot bad lip-syncing by, like, the performer lagging behind the track, or holding the microphone too far away. This is the first time I’ve ever seen someone pull back the curtain by straight-up singing into the wrong end of the stick.

Is this step one? I feel like holding the microphone the right way is step one. No, I guess “open your mouth and pretend like you are singing” is step one.

So big ups to Chinese folk singer Sa Dingding: She’s given us an iconic lip-syncing disaster. It’s not quite Ashlee Simpson on Saturday Night Live status (nothing ever will be), but it’s pretty good. Apparently, Dingding wrote on her Weibo account that she’ll be a better actor “next time,” which makes me like her even more.